The end of innocence...

That stray cat I've been mentioning?

She's been coming around earlier and earlier in the morning, lately as early as 7:30 am.
This morning the same.
So I've been filling her food bowl and putting it out early, despite the fact that I also (gee, any connection?) have been throwing peanuts out for the birds and squirrels at 7:00 am for years (and I do mean years!).

This morning, there she was, 7:30.
I put her food out and sat outside talking to her.
She was shy this morning, crouching beneath a bush in the rock garden despite my best efforts to entice her to eat.

Finally, I started reading the paper, forgetting to keep an eye on her.
Unfortunately, so did the birds and squirrels.

She's fast when she wants to be. One of my squirrel pals is now cat meat thanks to me.

So here's the new, revised plan.

NO peanuts in the morning.
Cat food put out when she arrives, and I will sit outside with her, actively discouraging any venturesome squirrels and birds.
Once she has, hopefully, eaten and taken off for the day, then I may put peanuts out, but perhaps not.
She's fooled me once.
I don't want to be a fool again. 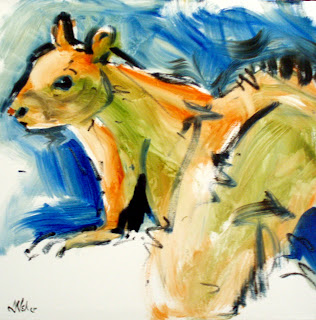 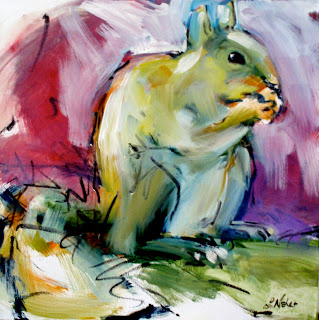 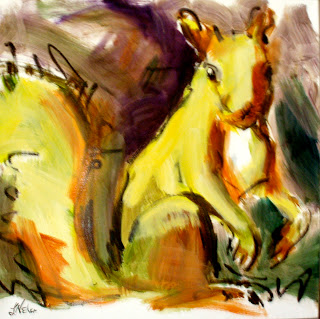