Scraping away the edges


and marvel at the emptiness
at the end of all things

the air will weep upon us
and we will flow through all the edges
into infinity
between, around
and, probably,
we will meet at some edge or other
in some time 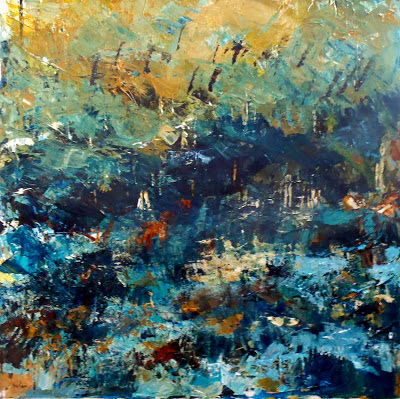 Evening Walk at the Shore 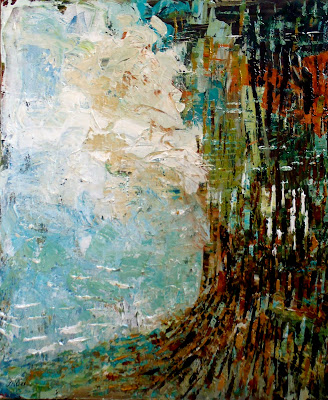 The Edge of the Woods 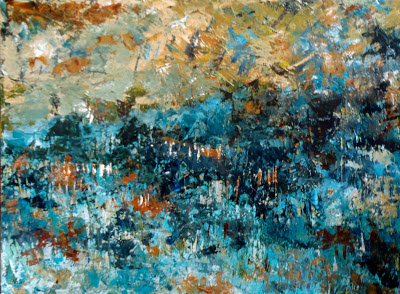 Evening Walk at the Water Line
Posted by Lisa N at 3:32 PM No comments:

Finding outlets for the stacks of paintings!

Well, as I am a prolific painter, you can imagine what my studio space looks like. Even when I determine that I must and will be more demanding of the paintings I allow to continue in their existence (and in the available storage space which is severely limited!) the floor space in which I can move around gets smaller and tighter.

Finding outlets for these paintings is a daunting exercise.

Do you know how many good artists there are around the DC area?

Although I have galleries carrying my work, all of them are outside the DC area. I would love to find more local galleries that would work for me.

Thank you Frame Factory in Vienna and Alexandria, and The Art League at The Torpedo Factory! 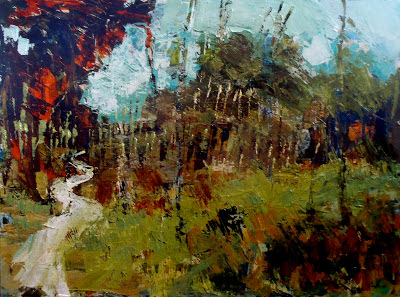 Again, it's been some time since I wrote here. Not that I haven't been painting - and successfully, too - but life intervenes and other activities/responsibilities take precedence sometimes.

So, still working on everyday scenes in exciting styles. Turns out it's a lot harder to introduce non-realistic colors in painting than a first, exuberant, unplanned success might suggest (that pesky beginner's luck coming back into play!).

Anyway, here they are: 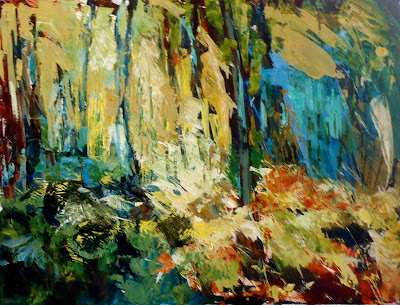 OK. That new style is paying off.

Simplify, simplify, that seems to be the key. The landscape doesn't have to be a special scene or even interesting in itself. Considering that every day we see sights that can inspire and exalt us, and that on our daily rounds, finding the inspiration in those everyday scenes is what I am trying to do now.

What do you think? 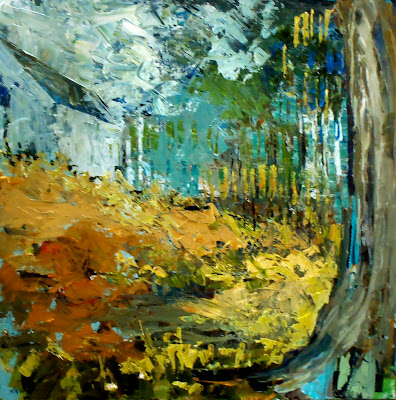 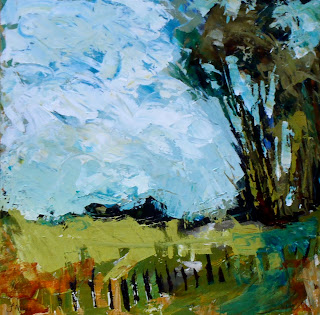 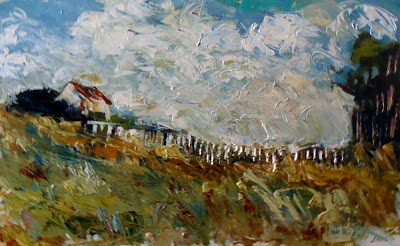 OK. The new technique (or philosophy) is giving some good results so far.
I'm working on pedestrian landscapes, sometimes the same scene multiple paintings, using exciting not-necessarily-found-in-nature colors and any utensil I find at hand.
Pretty happy with the production to date. 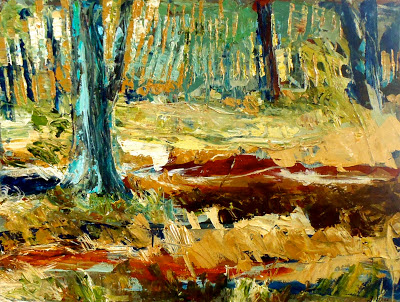 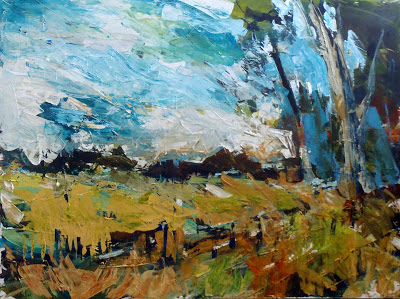 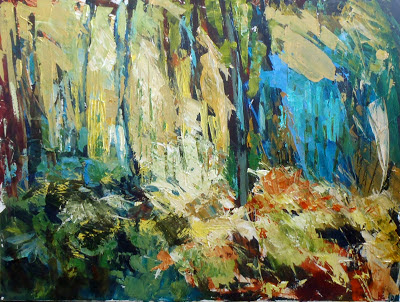 I've probably mentioned before that I am wary of having too much knowledge about art. Rules can stifle creativity (in my opinion only, I add).

So, in keeping with this idea, I am working of my own technique and trying to be true to my very own vision.

One of the difficulties of being prolific as an artist is that it gets hard to come up with new scenes to paint that have not already been done to death - by me no less!

So. Here's the problem:

How to paint every day (as I do) and produce fresh paintings that meet my own exacting standards of quality, without having to find new and exciting scenes daily or weekly that will inspire me to this level of creativity?

Now, one of the curious things I have noticed is that many of the photos I take and download every day turn out to have little if anything to recommend them to me once I see them on the screen. So why did I bother taking that shot? Something there interested me - something caught my attention.

So this observation leads to my newest pursuit.

I am going to try painting the most ordinary of scenes - such as my backyard or the walk to the park, or the drive to the studio - in interesting ways and colors. I will try to use the years in which I have been learning technique to communicate the beauty and interest in the most everyday landscapes. 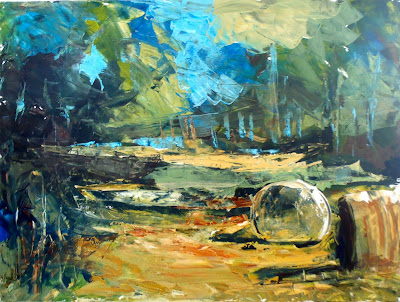 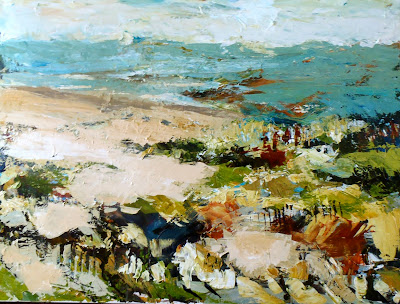 Does the object of passion determine the quality of the passion?

Does a passionate appreciation of a moment in time:

The other morning I was sitting on my patio having coffee when, with the quality of a distant rainstorm sweeping in, a huge flock of grackles flooded into, around and through my yard. I heard them coming for long seconds before they arrived, like a tide coming in, first a few, then more, than the full on-rushing of the flock. Then, bit by bit, they moved on, and I heard the tide moving out, away, and finally gone.

have the same value as a passion for getting a painting right?

When the light floods across the canvas and the shadows are dark and dense, and the colors cry out to the eye, when the painting breaks on me like the feeling that swept into me with those grackles, that's when the painting is right.

Not all paintings can move me that way, but each painting I complete must have some of that feeling to it, or it will not survive the next few days or months. Sometimes, even paintings that have satisfied for years will finally succumb to change and be reworked into something new. 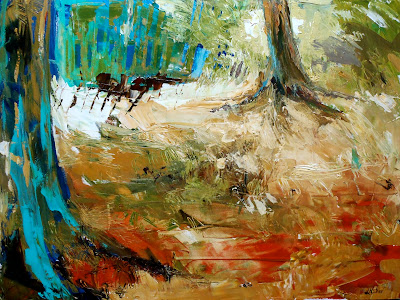 Once again, a reminder...

Yesterday, talking to my artist friend Kate, I was downcast about (once again) being rejected from The Art League show at the Torpedo Factory.

Strangely enough - and this seems somehow the reverse of what it should be - I am never too upset about being rejected when the show is really good. And this one is. This October show, focusing on color, is very, very good. Only a very few pieces in it that I would not have chosen myself.

However! There were very few large paintings (meaning oil and acrylic). And of the works chosen, not a one demonstrated an extravagance of gesture, a certain wildness of expression. Even the abstracts were polished, refined. Very good, but very controlled and finished looking.

Well, if you've followed any of my work, you know not one of those adjectives could be applied to my paintings. My work is spontaneous, unplanned, wild and as crazy as I can make it (okay, I admit that's not so very crazy, but I do what I can!).

So, talking to Kate, whose work is well-planned and usually very precisely painted, we noted that our respective styles of painting reflected our respective personalities.

This doesn't mean that we don't appreciate other styles, just that they do not speak for us.

And that links back to my insistence that a painter or artist must like her work. That is the measure that must count the most! 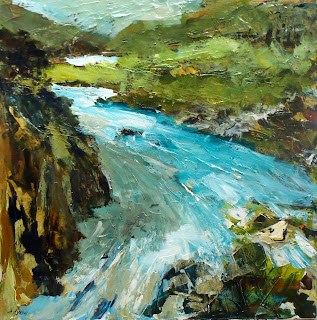 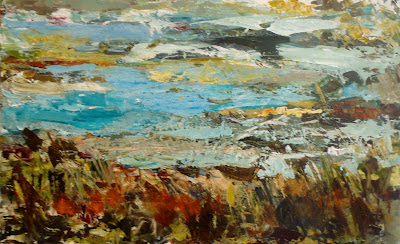 Working on a philosophy for painting

1) I like to have some level of representation in my paintings. Something recognizable.
2) It's always about the light for me - light and color.
3) I like to be surprised by the painting.
4) I want my paintings to be powerful. I am not much interested in pretty or soft, although many of my ocean view paintings are serene. Serene is not to be confused with soft, but may contain gentle.

1) Rigidity of structure.
2) Life that is static.
3) Muted, dirty colors - unless they act as contrast to something else.
4) Paintings that fade into the background. My paintings have to stand alone. Let the background adjust to them!

Well, this is something to start with, I hope. 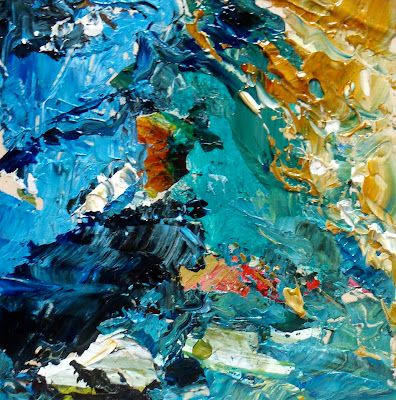