Yes, in fact, there are so many things I would like to write about here - too many. Before I manage to sit down and begin, I find myself side-tracked by another good idea, which leads to something else. Before I know it, I am off on errands or going to the studio to paint, or have just plain forgotten what I had in mind.

So I'm just going to jump right in. I will start by typing a couple of paragraphs I found in a 1979 book entitled "Van Gogh" by Rene Huyghe, translated by Helen C. Slonim.

To set the stage, I was at the dentist's, waiting for an appointment that turned out to be scheduled for a week later (sigh!) and found this book. With time on my hands, I took it up and began to read. The two opening paragraphs captured me instantly:

"We are awed before we even start writing about Van Gogh: it is not of a painter, but of a soul, that we are about to speak. This is the story of a soul fighting against the supreme problems of destiny. Van Gogh lived these problems in the core of the tragedy which makes the modern world – our tragedy – with its outbursts, its unlimited yearning, its failures, its desperation. However present, however much a symbol of our times, his work cannot only be considered, in its paroxysm, as an image of contemporary soul; it also unveils, in its deepest expression, the soul of eternal man. Few writers, few artists, have felt and expressed, as Van Gogh did, the pathetic situation of human condition.

"This tragedy, into which he threw himself until he could but die, is the tragedy of going beyond, the tragedy of the absolute which burns out the purest and most exacting souls. They all suffer from man’s duality; man hanging, torn, between two poles: one still in contact with the beast, the other already reaching up to God. This is man’s unsolvable paradox. Being of the flesh, he is deeply etched in the physical world and its sorrows; he bears the brand of all that is matter; he is an accident which happened in space and time; accidentally appearing in a universe which he does not understand but which he suffers, his fate is to disappear with the second which carries him; decay is his only short reprieve from nothingness. But man is also a being of the soul and, as such, has a yearning for absolute; if he can neither achieve it nor live it, he can at least conceive it and be obsessed by it. He perceives a conscience of which he is only the infinitely small and caricatural image, which would break loose from the particular, from the transitory, from the uncertain: he calls it God. There he lies, miserable and awed, hanging between abjection and glory. Different from all other living creatures of this world, he is conscious of this abjection and cannot stand it; he is conscious of this glory and cannot reach it. He understands what he would like to be and cannot understand what he actually is. His only reaction facing this unsolvable contradiction is a total numbness or a moral tearing apart and accompanying cries."

And yet I think we are all susceptible to these thoughts and this tragedy when we allow ourselves to plunge that deeply into our own thoughts about life and the world and even the universe. Our ability to survive these wrenching feelings is what separates us from Van Gogh. He must have been like one raw nerve constantly grating against that anguish.

But from that agony came the paintings we love and connect with on such a visceral level.

Can anyone who is not so exposed produce statements as compelling?

Below, inspired by Van Gogh, and especially the "Green Wheatfields" at the National Gallery. 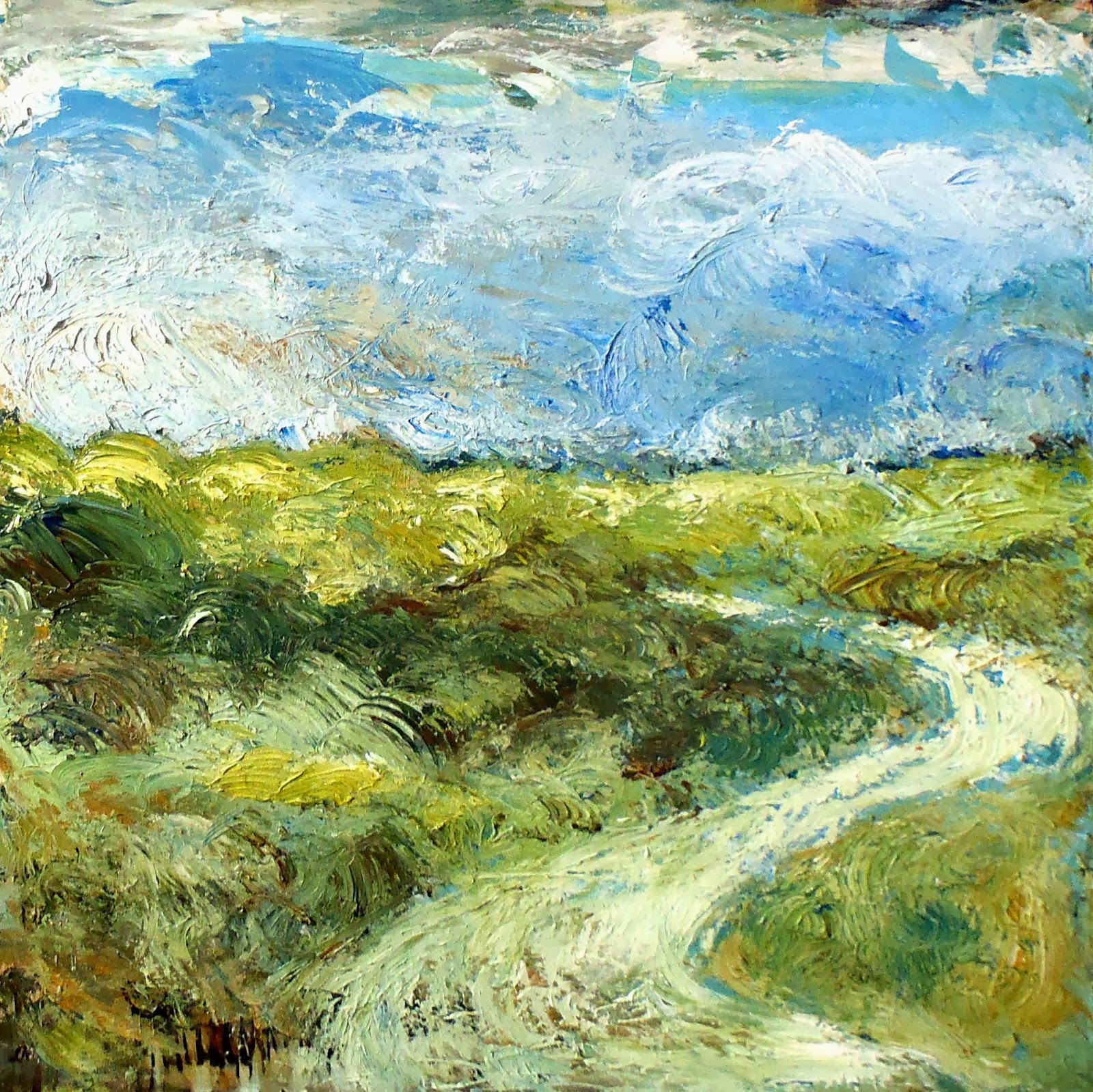 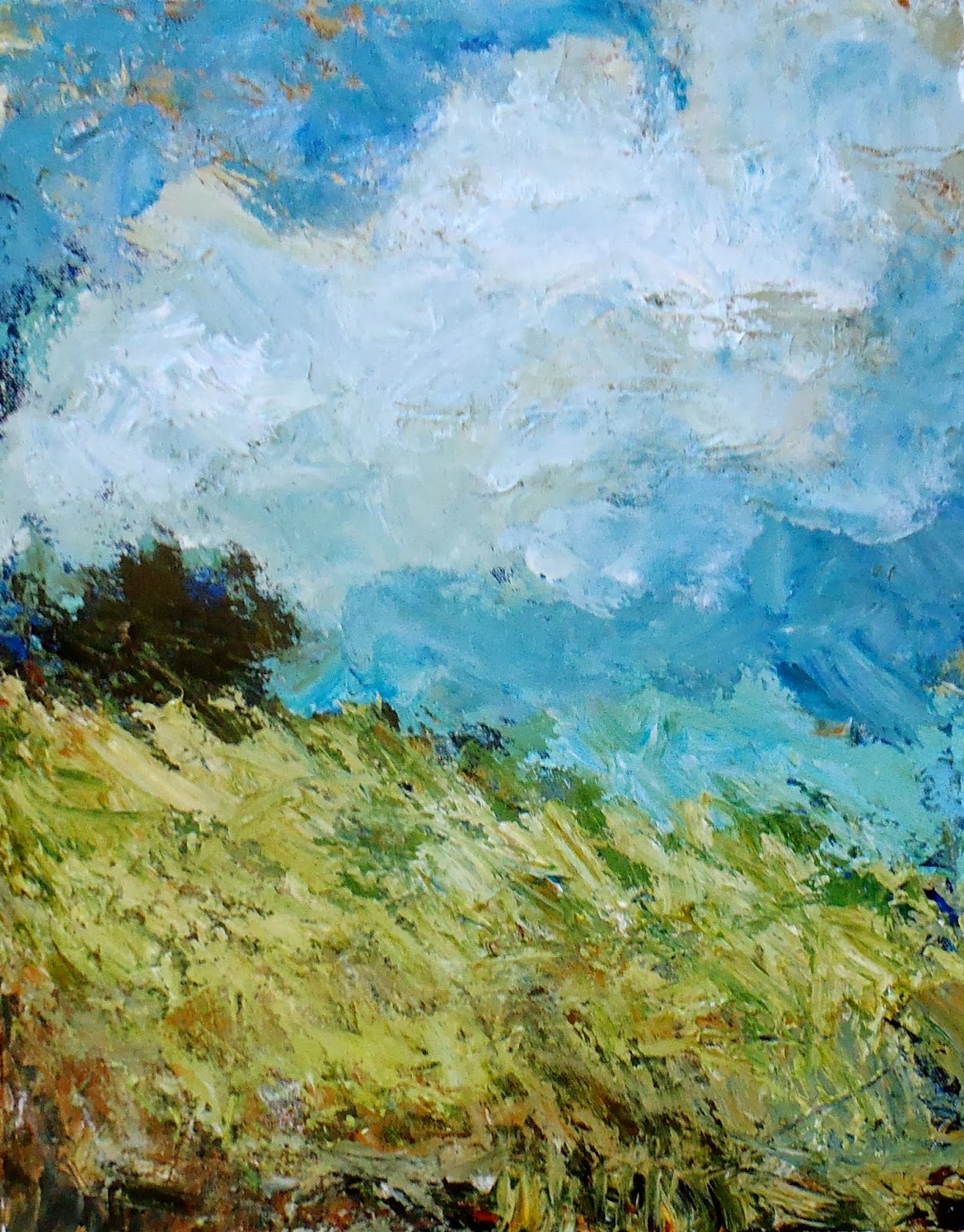 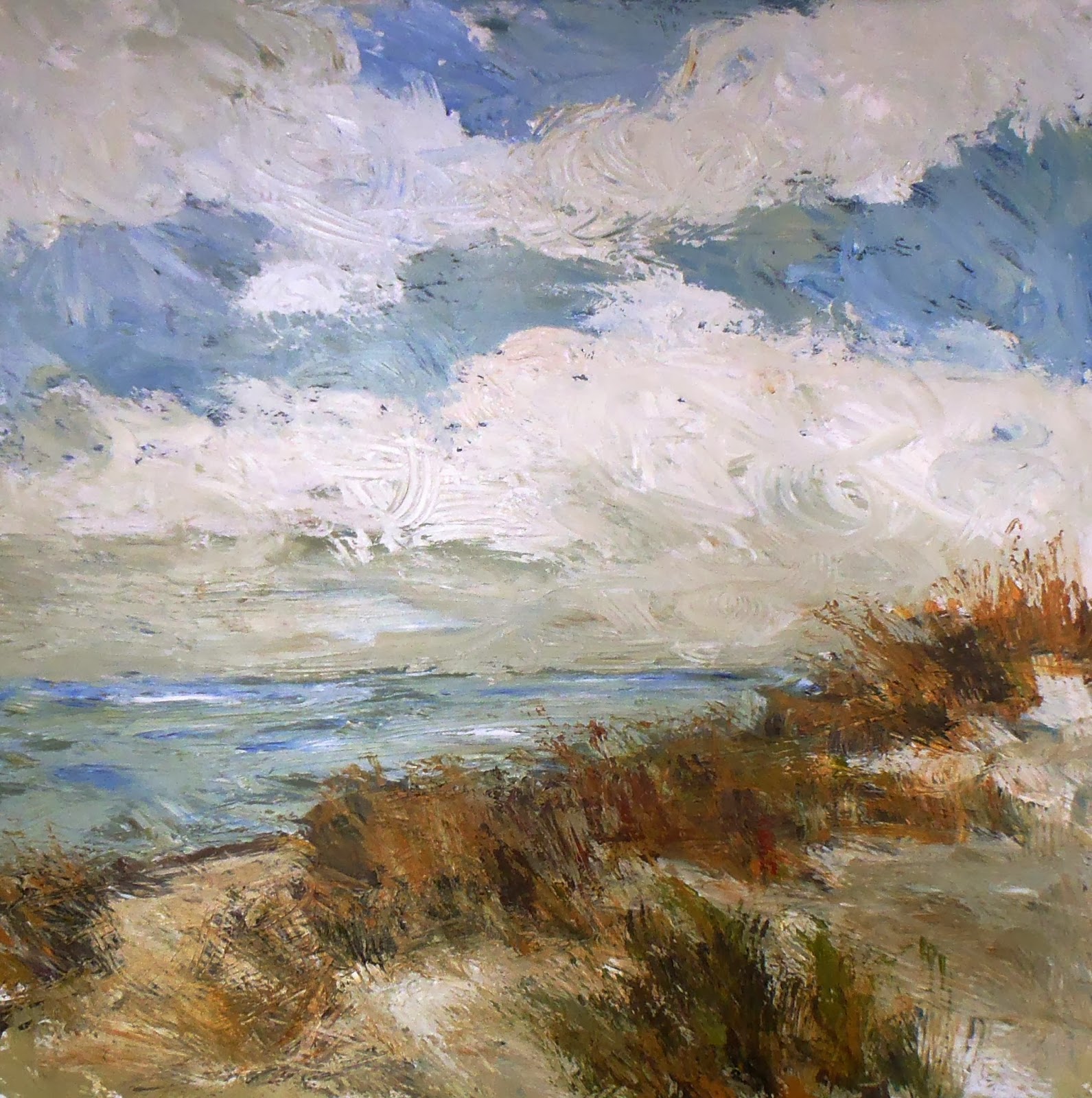 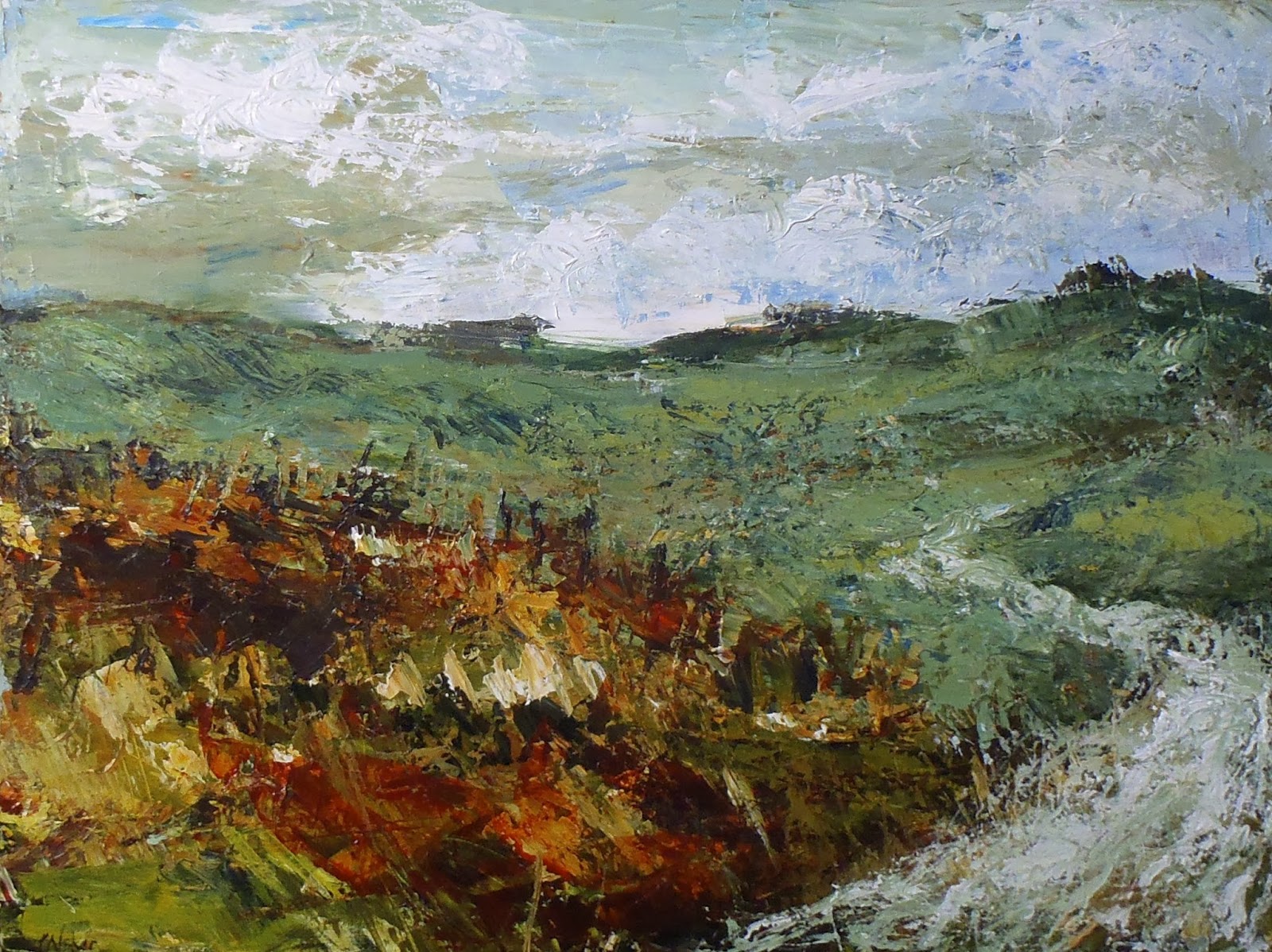