So I'm thinking today about hindsight.

Two nights ago, I heard a small creature being killed outside. I don't live in the great wild. I live in suburbia, rapidly turning into urbia.

The next morning we found a small, perhaps eight week old kitten, dead in the back yard. This sweetie was one of the family of feral cats we've begun to seduce into living with us. A mother and at least two kittens - still not sure. But now one less.

The noises I heard sounded like a bird being killed in the night. It is hard, in the dark with a casement window partially opened, to pinpoint location. It was very late and the sound woke me. I did not get up. It didn't last very long, perhaps 30 seconds.

But that's hindsight.
As foolish as trying to say that the Administration should have known there would be an attack on the Benghazi Consulate from the evidence of an attempted assault somewhere in the middle east in July.

I am mature enough to realize this.
Too bad our mainstream media haven't made that evolutionary step. 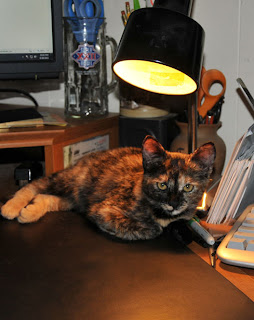